My state. What can I say? I loved this place as soon as we crossed state line! Why wouldn’t I?  They welcomed me with open arms. Everywhere I turned, I saw my name and heard someone call it!

My name was given to me because it means “friend”, “friendly” or “allies” in the native language of Lakota Sioux. If you know me, I fit all the above. While I will continue to believe that this is a state boasting my name, I found out later that South Dakota was named the “Dakota Territories” along with North Dakota, Montana and Wyoming back in 1861.

We take on the northwest section of South Dakota by storm! First,  Badlands National Park.  I thought this was going to be a “bad” idea, but it turned out to be one of my favorite places.  Long ago both native Indians and fur trappers were afraid of this territory not only because of the lack of water and extreme sun, cold and wind but because of the intimidating look. There are peaks, valleys, praries and severe rock formations as if created by aliens. 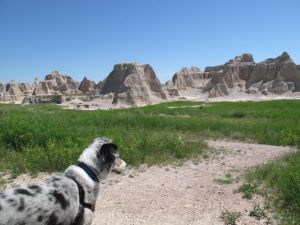 The park is filled with several types of trails and many look extremely different. 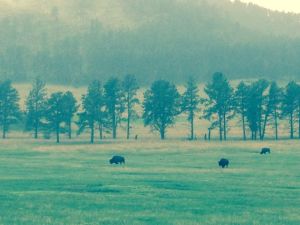 The next day was Wind Cave National Park.  We were unable to experience the longest underground cave in the world, so we will have to come back for the below surface experience.  Above, had some amazing features.  BISON were all around us!!!  They looked nice and friendly but we were told to keep our distance.  That’s all great, but they seem to like coming up close and personal!

Don’t worry, we were in the car!

We headed out as a storm was coming behind us. 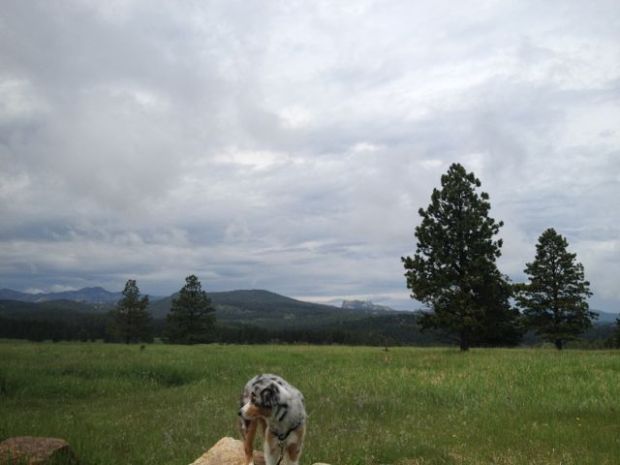 We continued with a really great drive of twists and turns through a Black Hills National Forest and Custer State Park. I enjoyed the ride with my head out the car when suddenly these guys are staring at me from across the mountainside! Can you see them?  I thought it was spooky at first.

They were harmless once we got to them. It’s called Mount Rushmore and the four president’s heads (Washington, Jefferson, Lincoln, Roosevelt) were carved out of the rock mountainside from years of 1927 to 1941 by about 400 workers!

We walked along a path called the President’s Trail. Everywhere you turned, George watched… 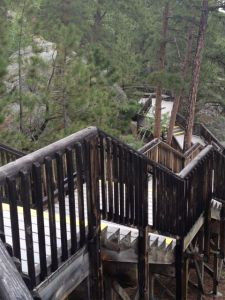 As we headed north, I was sad to say “so long” to South Dakota. I was impressed at how intelligent the Bison were here. Many places that we have visited have signs to warn where the deer, bear, elk, moose and roadrunner are supposed to cross the highway. This was THE ONLY crossing where they actually knew the correct place to cross the road. 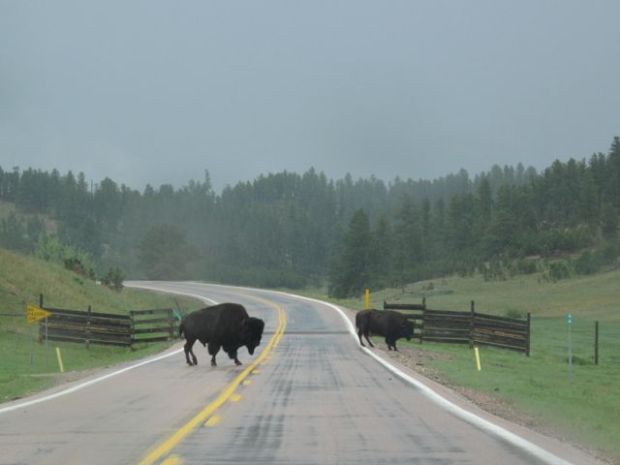