Still, I have not tried it.  I told you about the adventures in Great Smoky Mountains of Tennessee.  After rounding up all our camping gear we headed towards Virginia.  We had to keep driving…

It was worth it.  Look where we got to camp next!

The next morning Humom was anxious to enjoy the road – which was Blue Ridge Parkway.  We had great spots to stop and walk, stop and eat, and stop and have a snacks.  It was awesome.  I love that type of road trip because we stopped a lot and I got a chance to get some good sniffs in! 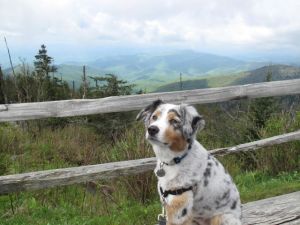 Is it time for lunch?

We arrived at a cool place called Fox Hills. I’m pretty sure Humom liked it but mostly it was a resort for me! 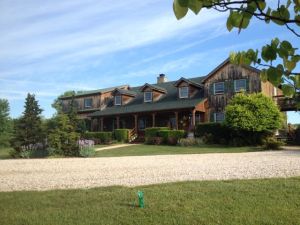 This is Fox Hills!

There were special treats waiting for me in the room and everywhere I turned, but that was not the best part.

This place should have been named “Dakota’s Hills”.

come check out my playground

The next day we went to Shenandoah National Park . We took a road called “Skyline Drive” that was 105 winding miles of Virginia’s Blue Ridge Mountains. After all those turns I was happy to find out that there were 500 miles of trails in this national park. While some of these trails are part of something called the Appalachian Trail, which I am not allowed on, 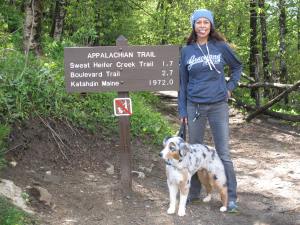 What does that red line mean?

there were tons of places to trek and I was ready because I had just got a special leash to hit Shenandoah!

Although we didn’t take all 5oo miles of trails, I wasn’t disappointed because there was so much to see and sniff! 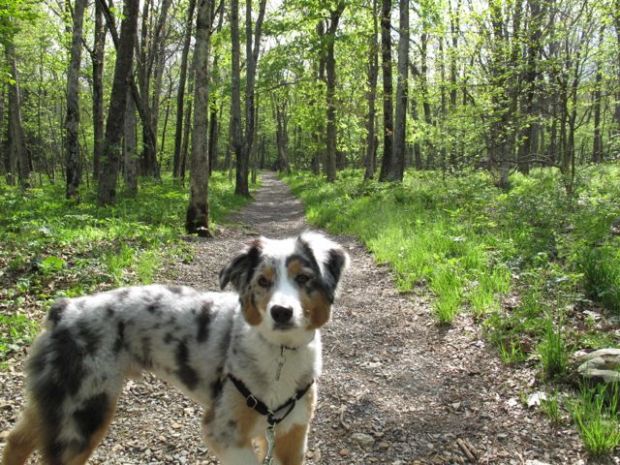 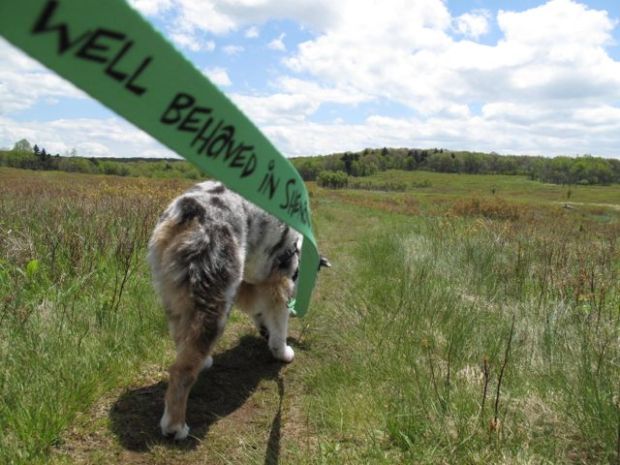 We hiked woody trails with lots of trees where sometimes you could barely see the sky because there were SO many branches. Then we would suddenly be on a great prairies run!

While I was sad to leave my new friend, Iron Mike, he was real slow on the trail and he would have just weighed us down.